A Reading in The Bronson Caves 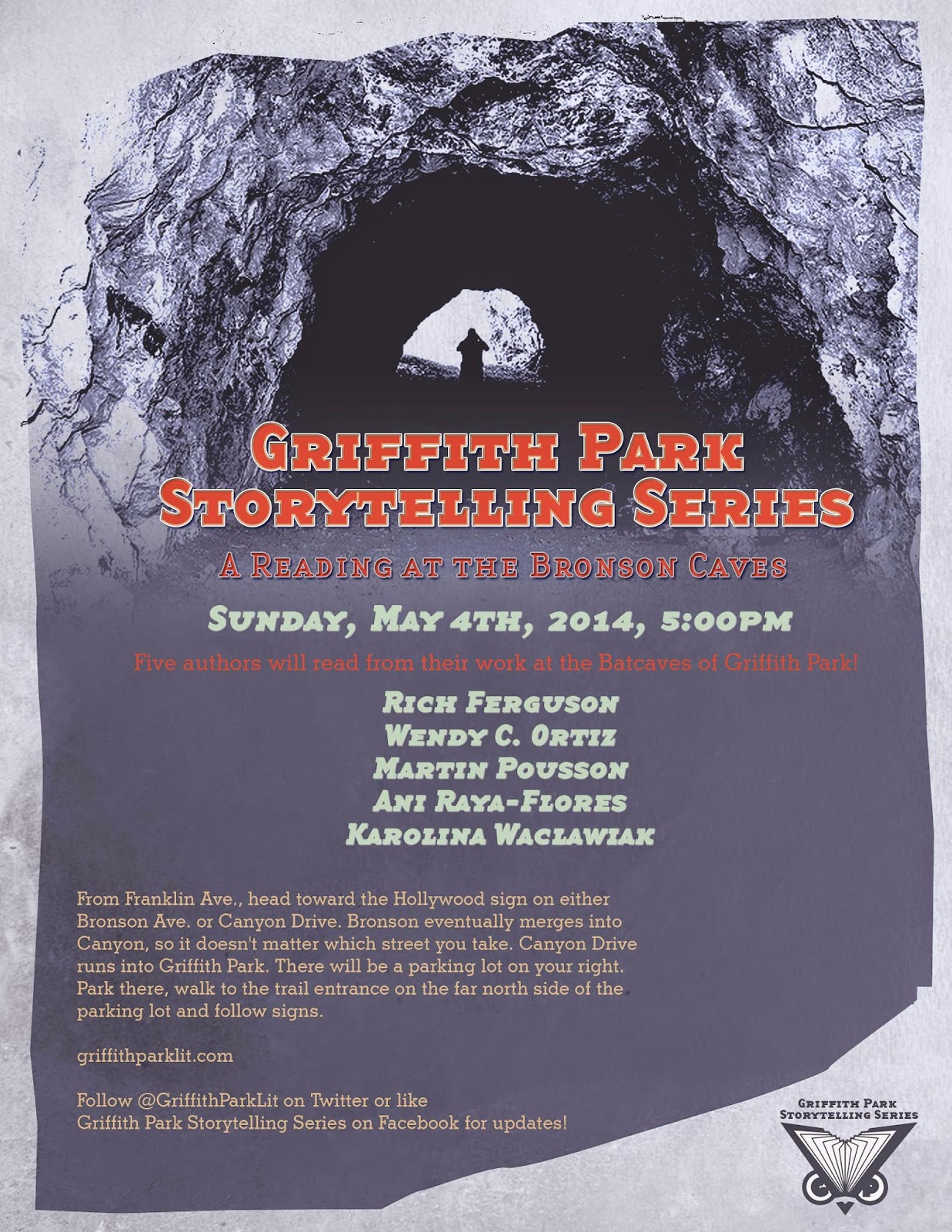 Join us for an afternoon of readings with
Rich Ferguson, Wendy C. Ortiz, Martin Pousson, Ani Raya-Flores and Karolina Waclawiak

Pushcart-nominated poet Rich Ferguson has shared the stage with Patti Smith, Wanda Coleman, T.C. Boyle, and many other esteemed poets and musicians. He is also a featured performer in the film, What About Me? featuring Michael Stipe, Michael Franti, k.d. lang, Krishna Das, and others. He has been published in the LA TIMES, was a winner in Opium Magazine’s Literary Death Match, LA, and his spoken word/music videos have been featured internationally. Ferguson is host of the weekly podcast Poetiscape, and is a regular contributor and poetry editor to the online literary journal, The Nervous Breakdown. His poetry collection 8th & Agony has been published by L.A.’s Punk Hostage Press.


Wendy C. Ortiz is the author of Excavation: A Memoir, coming out from Future Tense Books in July, and Hollywood Notebook, forthcoming from Writ Large Press in fall 2014. Her work has appeared in The New York Times, The Nervous Breakdown, Vol. 1 Brooklyn, and The Rumpus, among other journals. Wendy writes the column "On the Trail of Mary Jane" about medical marijuana dispensary culture for McSweeney's Internet Tendency.


Martin Pousson was born and raised in the bayou land of Acadiana. His novel, No Place, Louisiana, was published by Riverhead Books and was a finalist for the John Gardner Fiction Book Award. His collection of poetry, Sugar, was a finalist for the Lambda Literary Award. His short stories were awarded a National Endowment for the Arts Creative Writing Fellowship in 2014. The stories have been published in numerous journals and reviews including The Antioch Review, Epoch, StoryQuarterly, The Rattling Wall, Parnassus, Cimarron Review, and New Orleans Review. He is working now on a story collection called Black Sheep Boy.

Karolina Waclawiak is the author of How to Get Into the Twin Palms and the essays editor of the Believer. She just moved back to Los Angeles after 5 years so be nice to her.

Posted by Sara Finnerty at 2:38 PM