A Reading at the Hidden Amphitheater 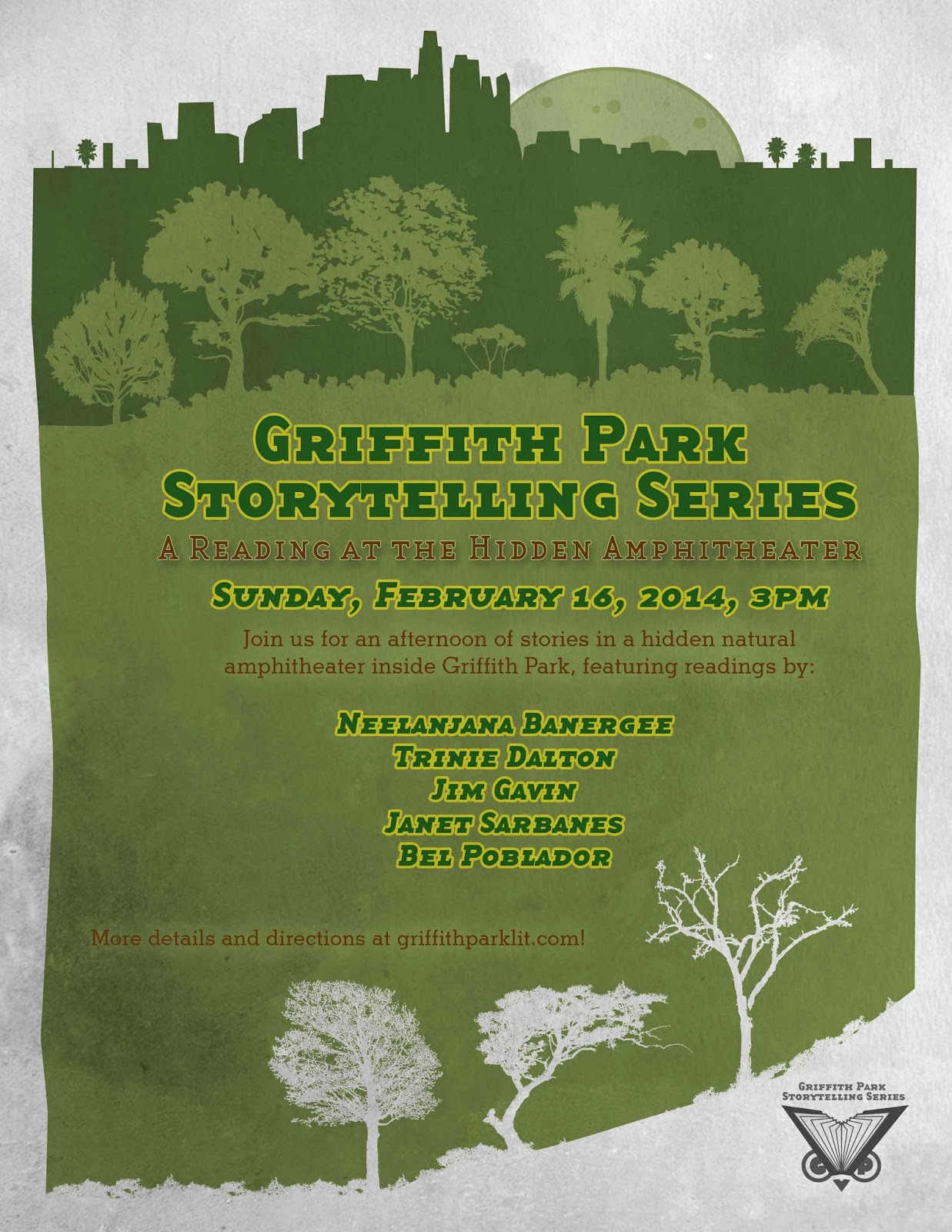 If you are familiar with the park: Make your way to Merry-Go-Round Lot #1. Park anywhere. Before you pull into the lot, you will see Griffith Park Storytelling Series signs attached to the trailhead. After you park, walk back out to the road and to the trail head. Follow the signs to the Hidden Amphitheater. It is a very short and easy 5 minute hike from the lot.

Detailed Directions: Make your way to Los Feliz Blvd. and turn onto Crystal Springs Drive into the park. We will have signs along Crystal Springs to assure you that you are headed in the right direction.
Continue straight through the first stop sign, which is the turn-off for the 5.
Soon, you will reach another stop sign. We will have a sign up here, and there will likely be many other signs up as well. The Ranger station is to your right, but you will turn LEFT, following signs for the MERRY-GO-ROUND.
At the top of the hill, turn right into the parking lot. This is Merry-Go-Round Lot #1. Park anywhere. Right before you make the right into the lot you will have seen the trail head and signs for the Griffith Park Storytelling Series. After you park, walk back out of the lot and follow the signs to the Hidden Amphitheater.


Readers:
Neelanjana Banergee's short stories, poetry and essays have appeared or are forthcoming in Prairie Schooner, PANK, The Rumpus, World Literature Today, and other places. She co-edited the award-winning Indivisible: An Anthology of Contemporary South Asian American Poetry (University of Arkansas Press, 2010). She is the Managing Editor of Kaya Press, and a teaching artist with artworxLA. She lives in Silverlake and is working on her first novel.

Trinie Dalton has authored, edited, and/or curated six books, including Wide Eyed, a finalist for The Believer book award, Dear New Girl or Whatever Your Name Is, co-edited with Lisa Wagner and Eli Horowitz, and her most recent short story collection, Baby Geisha. She also writes about art, books and music, and has written for magazines such as Bookforum, Artforum.com, The Believer, Modern Painters, and Paper.

Janet Sarbanes Janet Sarbanes is using her creative leave from CalArts to complete a book of essays on the social dimension of aesthetic practice and begin work on a collection of ecofiction.  Her essay on radical pedagogy in the early history of CalArts comes out on East of Borneo this month

Bel Poblador is a Los Angeles native and writer, but her heart belongs to San Francisco. She received her MFA in Writing from CalArts in 2013, where she an associate editor for Black Clock literary magazine, and an editor and curator forthe Next Words 2013 publication and reading series. She is also an editor of the

Posted by Sara Finnerty at 1:59 PM